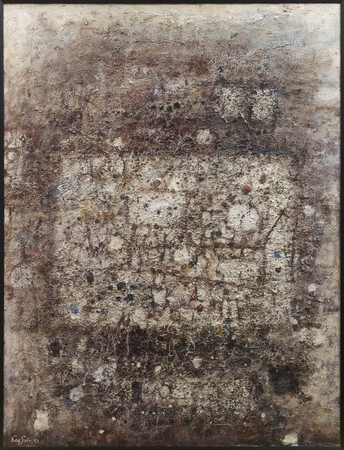 Signed and dated to the lower left; signed and titled on the reverse

Born in Oita Prefecture Japan, Key Sato (Kei Sato) was a student of Tetsunosuke Yamashita (1887-1969) before moving to Tokyo in 1925 to study Western-style painting at the Kawabata Art School and then at the Tokyo School of Fine Arts.

He began as a figurative painter and his talent was recognised at an early stage with his work being shown at national exhibitions such as the Teiten (The Imperial Fine Art Exhibitions) from 1929 while he was still studying. Interested in the new art movements of the West and in particular the paintings of Paul Cézanne (1839-1906) and his contemporaries, Sato moved to Paris in 1930.